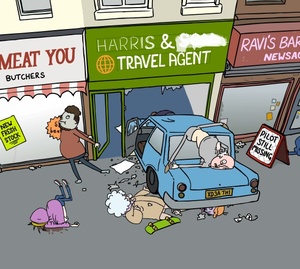 A fast-paced comedy from Dice Productions, originally shown on Channel 4’s Random Acts strand, in which Rik Mayall argues the joys of being dead, aided by a montage of corpses and a dance-crazed Grim Reaper.

Directed and animated by Louis Hudson. Written and produced by Ian Ravenscroft.