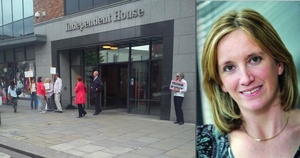 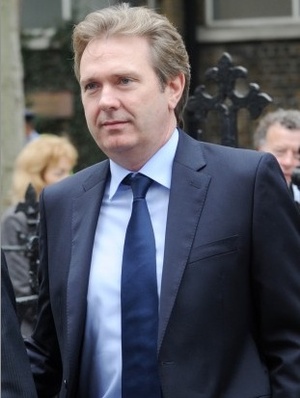 [Gemma] O’Doherty’s subsequent enforced departure from the Independent has received no coverage in the rest of the Irish mainstream media.

But she has had backing from the National Union of Journalists. Its Irish secretary, Seamus Dooley, said: “We believe she has been badly treated and has a case for unfair dismissal.”

Now a concerned group of campaigners on behalf of Molloy’s family along with relatives of other murder victims who have grievances against the police have taken up O’Doherty’s case. They have written to Rea:

We write to you in disbelief at your decision to fire Gemma O’Doherty, chief features writer at the Irish Independent and one of the country’s most talented and courageous journalists.

Gemma is a reporter of the highest professionalism and integrity, who has done huge service for her country, and her newspaper, through her work in exposing injustice and Garda corruption.

We are the parents of children who have been murdered. We represent Irish people who have lost family members in violent circumstances. Some of us have been very badly treated by the Gardai.

When the criminal justice system and the Gardai failed us, Gemma listened. Now you seek to silence her. In doing so, you must also want to silence us.

Her ground-breaking journalism has led to the establishment of two state investigations in recent months, and she is singlehandedly responsible for the reopening of the 30-year-old murder file into Fr Niall Molloy.

Her campaigning writing is regularly raised on the floor of Leinster House, and on television and radio. Indeed, your own Sunday Independent recently wrote a lengthy article praising her astonishing work on the horrific murder of Fr Molloy.

As Irish citizens, we see her dismissal as nothing less than a grotesque attack on press freedom, human rights and democracy.

Your silencing of Gemma – the only person you have handpicked for sacking in INM – is a morally repugnant and indefensible act which has consequences for all of your readers and the broader public.

There can be no higher law in journalism than to tell the truth and shame the devil. Gemma had no problem doing that. It is high time that others followed her lead.

We await an explanation from you, to your readers and the Irish public, as to why you have treated such a fine journalist in this way.