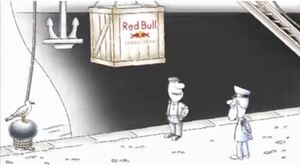 A Red Bull TV advert suggesting that Titanic passengers could have survived if they had drunk the energy drink is facing a possible investigation after complaints from descendants of those travelling on the doomed liner. The Advertising Standards Authority has received 110 complaints since 9 September about the Red Bull ad, including one from the Titanic Heritage Trust. Titanic Heritage Trust founder Howard Nelson said: “Red Bull is using a tragic event to promote and sell its products without care for the people that were lost.”

Bigger Than The Titanic

Near, Far, Wherever You Are