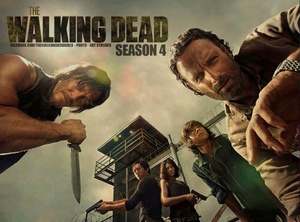 2. The Oath is directed by Greg Nicotero, who does all the zombie FX.

3. The first season of Walking Dead was pretty great. Then the guy who created the show got fired.

4. The second season managed the seemingly impossible: it made a show about zombies boring.

6. For the upcoming season four, they’ve got another new showrunner in.

7. Anybody still watching it?