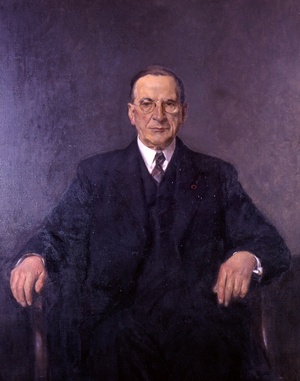 Eamon De Valera on Sen and the art of motor maintenance.

“We are apt to think of a Second Chamber and base our conclusions upon it on two very false assumptions. One is that it is a check or a brake which will operate at the time that we think brakes and checks ought to act; and secondly, that we can compose a Seanad of persons who will take a detached view, and will not be affected by political passions at a moment of crisis. Those are two absolutely false assumptions. That they are false appears at once the moment you examine them closely. The very idea of a brake is that there is somebody who will put it into operation just when it is wanted. When the motor is speeding downhill the person at the wheel has got this particular device at his command, by which he is able to check the mad career of the car which may take him over a precipice.

There is there the controlling power, but what is a Second Chamber when we think of it as a brake? Does it act in that way? Will it act just as we want it to act, supposing at a time when democracy is heading for ruin? We cannot provide that it will act. It is much more likely to act like a badly adjusted brake, which will act when it is a cause of friction; when it is preventing the car from getting up the speed which is necessary in order to travel properly. It operates in times of ordinary activity. It operates to prevent the speed which is necessary, and which otherwise could be attained. It is a cause of friction. It operates then because it is easy for it to operate then. It certainly does not operate at the time when we want it most—at the time of crisis—because, as I have said before, in times of revolution it is swept aside.”