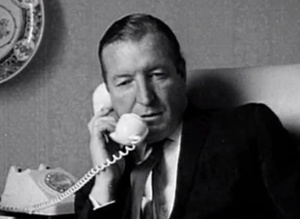 Further to fresh claims that Charlie Haughey’s ‘first touch’ [selling short on the English pound before a devaluation that he, as minister of finance had been told about in advance] contained in Eamon Dunphy’s autobiography The Rocky Road.

And aired again in a column by Eamon Delaney in the Irish Independent this week..

In an email headlined ‘The Framing of Haughey’, Donal Kennedy writes:

Haughey sold his semi on the Howth Rd, Raheny in 1960 moved to substantial house in many acres which he sold in 1969. I can recall seeing Gardaí guarding the place before I left Ireland in 1964 . Charlie was then Minister for Justice. The area nearby was mostly fields. They were beginning to be built on then and have since become famous as Barrytown by the fiction writer Roddy Doyle. Eamon Delaney was born 2 years after Charlie quit his semi. The fifteen year old Eamon Dunphy was beginning his English football career when Charlie quit his semi.
If, in 1960 Charlie had foreknowledge of the 1967 devaluation Dunphy’s story could stand up. But it seems the worse for the drink consumed during its invention and retelling.
Donal Kennedy (born 1941)

It appears to be ON.

Selling Ireland By The Pound