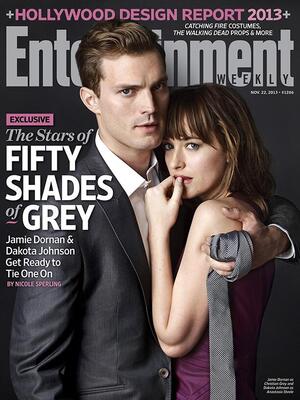 The first photograph of Jamie Dornan in character as Christian Grey has been revealed – along with an amusing admission the Co Down actor was in his pyjamas when he got the big phonecall from Hollywood. Dornan, 31, posed with co-star Dakota Johnson, playing Anastasia Steele in the much-hyped Fifty Shades of Grey movie, for the front cover of US magazine Entertainment Weekly.

But does the Irish Christian Grey pull YOUR drawstring bottoms?

First photo of Jamie Dornan as Christian Grey – as the actor reveals he was in his pyjamas when he landed kinky Fifty Shades role (Claire Cromie, Belfast Telegraph)