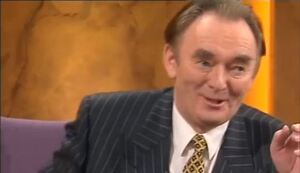 With the passing of Tom Gilmartin.

That Pádraig Flynn Late Late Show interview in 1999 which prompted Mr Gilmartin to give evidence to the Mahon Tribunal.

“Haven’t seen him now for some years. I met him. He’s a Sligo man who went to England, made a lot of money, came back, wanted to do a lot of business in Ireland. Didn’t work out for him, didn’t work out for him. He’s not well, his wife isn’t well and he’s…he’s out of sorts.
I never took money from anybody to do a political favour in so far as planning is concerned.”

On his daughter Beverley Flynn:

When asked by audience member, journalist Barry O’Halloran about his pay and expenses:

Watch the interview in full here. 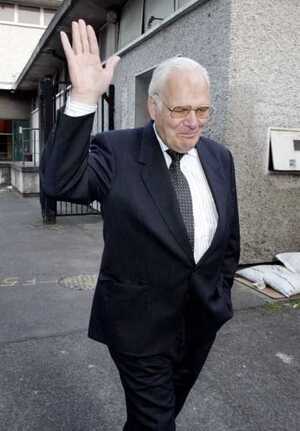 He brought down Bertie Ahern, the most successful taoiseach ever in electoral terms and he brought an ignominious end to the overweening arrogance of Pee Flynn.

His evidence brought the likes of Liam Lawlor, George Redmond and Frank Dunlop to book, along with a supporting cast of strutting suits willing to spin any old yarn to support their threadbare testimony.

Tom is dead now. But he’s left a legacy more valuable than any plot of land ever fought over by the rezoning vultures.

A quiet funeral for a brave man the big boys could not bury (Miriam Lord, Irish Times)

Beverley Flynn: A Chip Off The Old Block