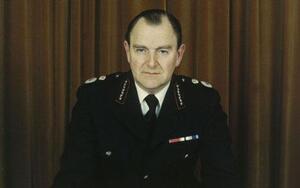 According to Toby Harnden’s ‘Bandit Country‘, the then RUC Chief Constable John Hermon (above) blamed Superintendent Bob Buchanan’s belief in predestination for his failure to take basic security measures.

The superintendent had been a lay preacher and member of the Reformed Presbyterian Church.

“The reason they died was so simple. There was no advance preparation, they just went. Bob Buchanan was a very devout Christian and he did not believe in taking precautions because God was in control. He did not follow basic, elementary security procedures. I still don’t understand why no one spotted he was going down there [Dundalk] so casually. By the time they left Dundalk, the place was swarming with IRA men and there was no way they were going to get back.”

Update
From the Smithwick Report: 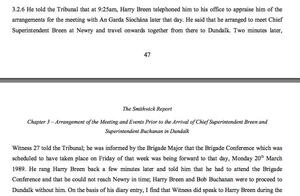