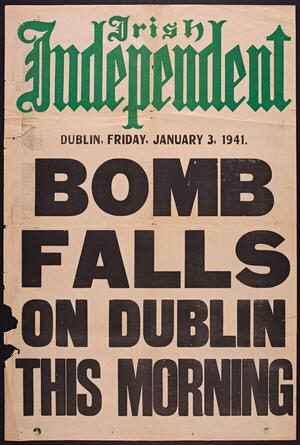 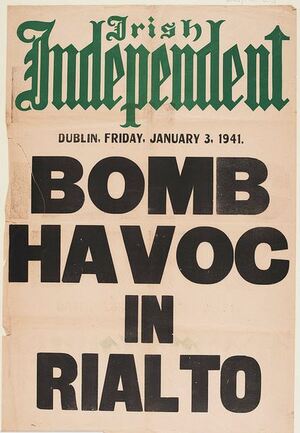 “On the first three days of January 1941, German bombs were dropped at a number of locations along the east coast of Ireland, including counties Carlow, Kildare, Louth, Meath, Wexford and Wicklow, but without any loss of life. On successive nights, 2 and 3 January 1941, German bombs were dropped for the first time on Dublin City in the Donore area, around the South Circular Road and in Terenure, districts where many Jewish families resided.

“The reason offered by Hitler’s government for the January bombings, as for the Campile bombing [in Co. Wexford on August 26, 1940] was that German aircraft had mistaken the Irish east coast for the west coast of Britain. The view most commonly held in Ireland was that these particular German bombings resulted from aircraft off-loading supplies to ensure a safe return to base.”

The Walk Of Pride

In The Ha’penny Space