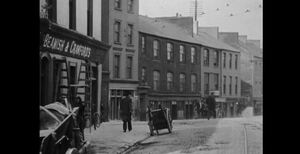 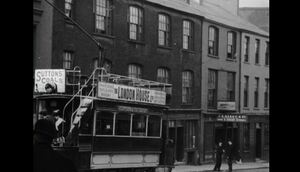 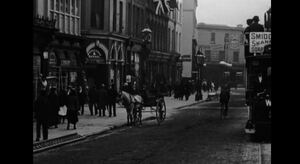 A two-minute silent movie of a tram ride, from King Street to Patrick’s Bridge in Cork, from 1902.

As well as its extensive railway network, Cork was served by an impressive tramway system, which was just four years old when this film was made. As the tram veers into Patrick Street the filmmakers capture an excellent panorama of Patrick’s Bridge, one of the city’s major landmarks, and the bustling atmosphere of the commercial centre. This kind of ‘phantom ride’ was a staple of early film. 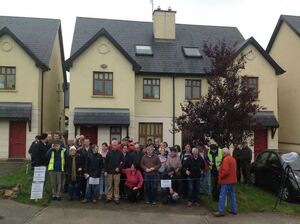 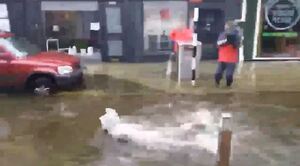