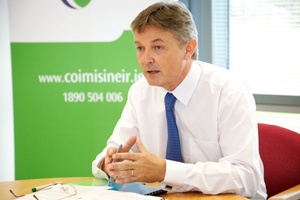 How many Government members showed up to see Sean Ó Cuirreáin appearing before an Oireachtas sub-commitee to deal with the 20 Year Strategy for the Irish Language today?

Mr Ó Cuirreáin is to resign early from his post next month saying he can achieve “very little” for Irish speakers and Gaeltacht communities over the rest of his term because of government neglect.

Plus ça change, plus c’est la même chose, as they say in Connemara.