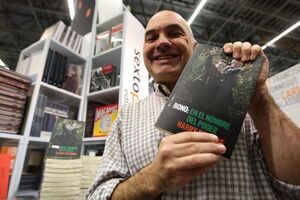 Does anybody out there understand a word of this? pic.twitter.com/YHdUJuTfOZ

The Irish Times reviewed The Frontman. I complained that the review contained inaccuracies, unfounded accusations and failure to distinguish fact from comment. The Irish Times contested that (apart from one minor inaccuracy) so it went to the Press Ombudsman. He decided that my complaint was “well documented” and required “a remedy”. But he said that, on balance, the paper had offered sufficient remedy when it said I could write a letter for publication. I wrote such a letter. The IT published it but added a snarky Editor’s reply saying the Ombudsman had rejected my complaint about the review. That wasn’t true. The paper wouldn’t publish my letter saying as much so I had to make a new complaint. Now upheld.