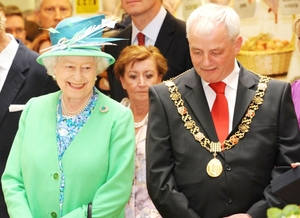 The Lord Mayor of Cork combined with expenses, entertainment budgets and use of a driver and car, costs the city over €200,000 last year. The role carries an €83,000 salary, but councillors receive their statutory €16,000 paid allowance on top of that. There is an €80,000 budget for entertainment.

In light of the poor management, lack of long term planning and high rates for businesses in the city it is a disgrace that we let this gravy train keep going on when many people are struggling to get by.

Sign The Petition: Reduce The Cost of The Cork Mayor( Change.org)

There May Be Tee