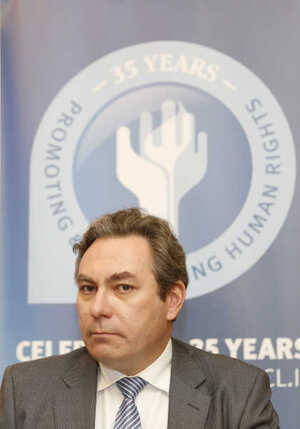 “In this State, two specific agencies, Garda Special Branch and the Defence Forces Intelligence Branch (G2) have been granted specific surveillance powers under legislation (the Interception of Postal Packets and Telecommunications Messages (Regulation) Act 1993 and the Criminal Justice (Surveillance) Act 2009).

Since both of these agencies fall under the ultimate authority of one Minister, Mr Alan Shatter TD (in his capacities as Minister for Justice & Equality and Minister for Defence), the ICCL trusts that the Minister will provide unequivocal assurances that neither agency has been involved in spying on GSOC. In the event that it remains impossible to identify the culprits with the necessary degree of certainty, an inquiry of a judicial nature may be required.

…There is no direct Parliamentary scrutiny of the intelligence activities of Garda Special Branch or Defence Forces Intelligence Branch and, under the existing legislation, ministerial and judicial oversight is very limited.  Irrespective of whether the integrity of GSOC has been compromised by agents of this State, or by other rogue elements, our national safeguards against unlawful surveillance urgently require to be strengthened.”