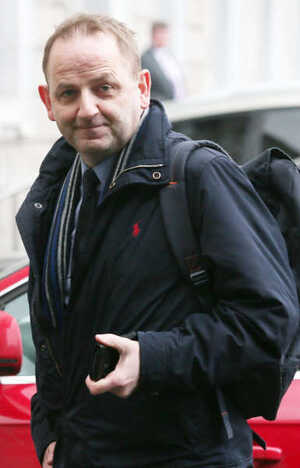 Broadsheet: Legal Coffee Drinker, what’s it all about?

Legal Coffee Drinker: “It’s about the procedure governing whistleblowing in the Garda Siochana, and in particular the role of the Confidential Informant. The statutory scheme governing whistleblowing is to be found in the Garda Síochána Confidential Reporting of Corruption or Malpractice Regulations 2007 (SI 168/2007), a statutory instrument enacted as a result of recommendations made by the Morris Tribunal in its report into garda corruption in Donegal. The Tribunal had found that fear on the part of ordinary members of the gardai that they would be treated badly if they complained was an important contributory factor to corruption and malpractice in the force. The Regulations were an attempt to do something about this”

Broadsheet: “And what do they do?”

LCD: “The Regulations provide that a member or civilian who has reasonable grounds for believing that a member of the Garda Síochána or civilian is engaged, has been engaged or is about to engage in corruption or malpractice may report in confidence to a Confidential Recipient any information that he or she has concerning the corruption or malpractice, disclosing any document, record or information in his or her possession or control which relates to the alleged corruption or malpractice.
The Confidential Recipient shall then transmit the report to the Commissioner who is under a statutory obligation to investigate the allegation or cause it to be investigated and take any action that is necessary as a result of the investigation – unless he has reason to believe that the allegation was not made in good faith or is false frivolous or vexatious.”

Broadsheet: “And the role of the Minister?”

LCD: “In circumstances where the report discloses malpractice or corruption on the part of the Commissioner, it must be transmitted directly to the Minister, who is under a similar obligation to cause it to be investigated.”

Broadsheet: “Can the complaint be made anonymously?”

Broadsheet: “What’s the relationship between the Confidential Informant and the Ombudsman?”

Broadsheet: “Is this all the regulations have to say?”

LCD: “Yes. They are a bit sparse to say the least. They do however provide for a Garda Charter fleshing out the procedures to be applied in more detail. In fact the passing of such a Charter is an essential prerequisite to the Regulations coming into existence. it apparently happened in 2007-8.”

LCD:  [refills coffee] “I haven’t been able to find a copy of the Charter online. But it seems that it was passed by July 9th 2008 because a question was submitted by Pat Rabbitte in the Dail on that date. The answer received from the then Minister confirms that the Charter was passed, but refuses to provide a copy, for the reason that the Charter is intended for the use of Garda members and civilian employees only. I did think of ringing the Office of the Confidential recipient for a copy – unfortunately the only place one can find details of the address/phone number of this office is apparently in the Charter itself.”

LCD: [Pause] “It is peculiar, and disappointing, that a system set up to increase transparency should itself be so oblique. Although it is correct that only Garda employees can make reports to the Confidential Informants, the public generally has an interest in knowing how the system of reporting operates. We are the people, at the end of the day, who suffer when corruption and malpractice this system is designed to prevent occurs.
Furthermore [drains cup] the Charter which we are not allowed to see is referenced in a law, passed by the Oireachtas, the coming into effect of which is conditional on the passing of the Charter. If a document is referenced in a statutory instrument, as conditional on the operation of that statue, surely it becomes part of our law by incorporation – and must be made available to the public. Failure to provide such access so is not only undemocratic – but risks unconstitutionality.”

Broadsheet: “And in English now?”

LCD:” It was in English. Are we done?

Broadsheet: “We are, thank you very much Legal Coffee Drinker. That was just a small joke about it not being English.” 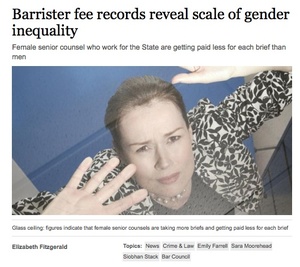 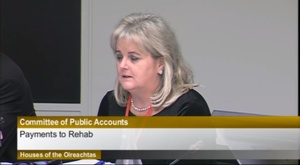