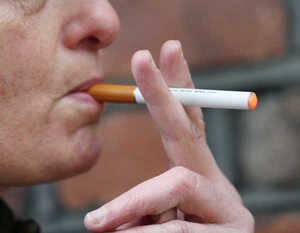 Irish Rail has confirmed that electronic cigarettes are now banned from all its DART and train services. The company says it made the decision following complaints from passengers, even though there’s no evidence the devices cause any harm to anybody standing close to those using them.

Meanwhile, On The Dart