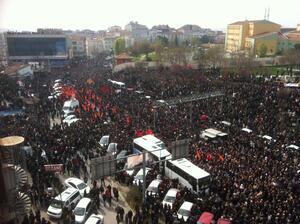 The funeral in Istanbul of a 15-year-old child who was in a coma the last six months after being hit in the head with a gas canister fired by police. He died yesterday. My friend  [an irish expat] works in this neighbourhood (Sisli) and was messaging me this morning as she casually tried to figure out which of her scarves would be most gas-proof today. 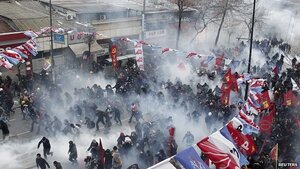 Police in Turkey clash with protesters after boy’s funeral (BBC)