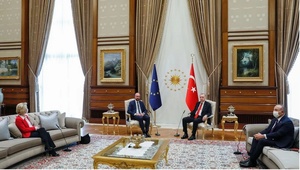 EU commission head taken aback as Erdogan and her colleague snap up the chairs https://t.co/lVuqZA8w75 pic.twitter.com/LKoxfo6FIx

As EU Council chief Charles Michel is ushered in, seated next to Erdogan, the senior woman official looks around, says “Erm”, before ending up on sofa:
pic.twitter.com/LO9yrqGhVb 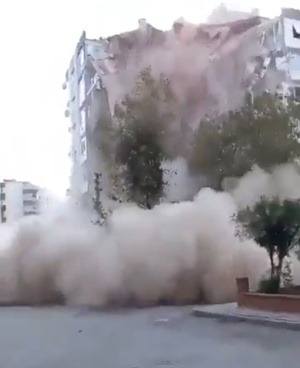 A strong earthquake struck the Aegean Sea and was felt in both Greece and Turkey, where some buildings collapsed in the coastal province of Izmir, authorities say https://t.co/cweqDU39ng pic.twitter.com/HbGpZrdU7H

Another tsunami footage from the earthquake in Izmir province of Turkey.

This one is really dangerous pic.twitter.com/62zfddWSi8

Dramatic footage of the moment a building collapses in #Izmir. There are reports of a minor tsunami and flooding in Seferihisar. No casualties reported yet, but the fear is there, as the mayor said around 20 buildings reportedly collapsed#quake #turkey pic.twitter.com/rhMLkvdnx9

A strong earthquake struck the Aegean Sea on Friday and was felt in both Greece and Turkey, where some buildings collapsed in the coastal province of Izmir, authorities said.

People flooded onto the streets in the tourist city of Izmir, witnesses said, after the quake struck the region with a magnitude of up to 7.0.

The stuffing of ad placement nightmares. 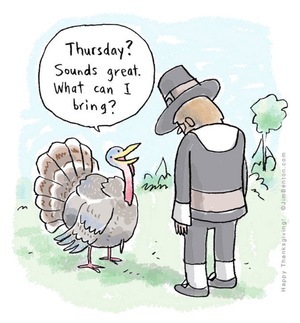 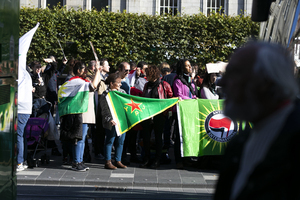 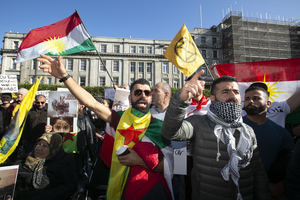 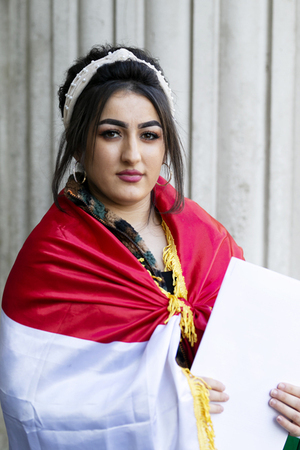 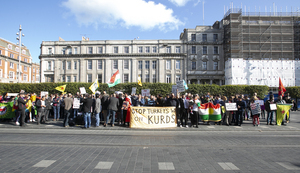 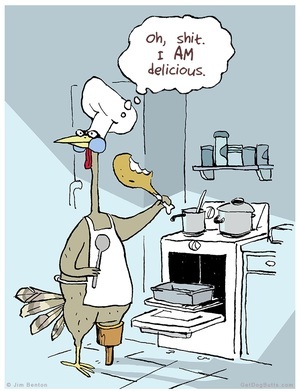 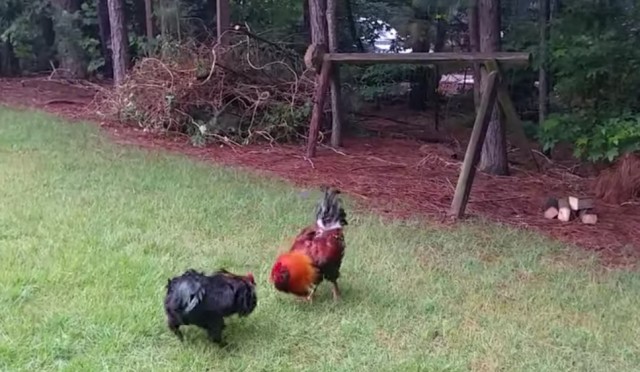 An intense face-off between two rival roosters requires the intervention of a feathered law enforcement officer.

These turkeys trying to give this cat its 10th life pic.twitter.com/VBM7t4MZYr

Just some turkeys in Boston.

Circling a cat killed by a car.

Insert your own vulture fund reference. 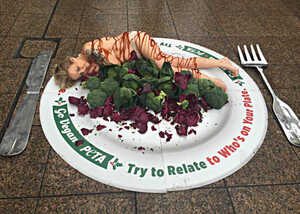 There’s a woman near and around my sprouts.

A nearly naked Peta volunteer calls on people to extend the “spirit of holiday kindness” and “try to relate to what’s on your plate”.

“Thanks to the array of mock meats available, it’s easier than ever to enjoy a festive meal packed with all the flavour but none of the cruelty of meat.”

It certainly makes you tNOMNOMNOM