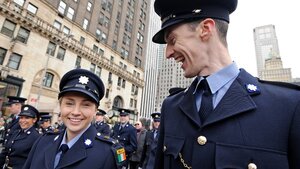 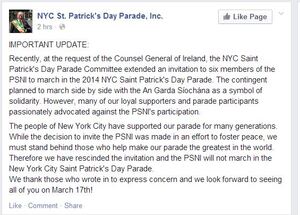 “Think there’s any chance the Gardaí would show a bit of solidarity and tell them to stick their parade?”

Saying it “believes in equality for all”, @HeinekenUSACorp says it will no longer sponsor the St. Patrick’s Day Parade in New York City.