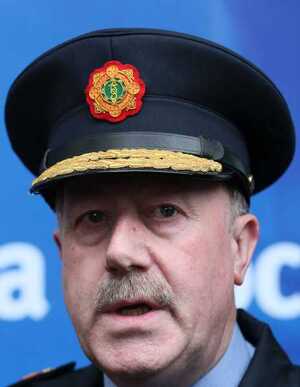 In the best interests of An Garda Síochána and my family, I have decided to retire. I felt that recent developments were proving to be a distraction from the important work that is carried out by An Garda Síochána on a daily basis for the citizens of the State in an independent and impartial manner. Having joined An Garda Síochána in May of 1973, it has been a great honour and privilege to have spent nearly 41 years as a member of this tremendous organisation, serving the people of Ireland.

Those nearly 41 years, though at times challenging, have been enjoyable and fulfilling. This is due to the standard of people I have worked for, worked with, and led during this period of time. The work I carried out throughout my career could not have been done without the support of numerous men and women, and for this I would like to thank all who I have worked with during my service. It also could not have been achieved without the support of the many thousands of members of public who I have come in contact with and who I hope I have helped in some small way during my career.

Since becoming Commissioner in 2010 I have never failed to be impressed by the dedication of all serving members and civilian staff even when they faced significant professional and personal challenges. The last four years have seen major changes in An Garda Síochána, which were always done in the best interest of the community for whom we do our job. Although some of these changes have not always been easy, statistics from the CSO have shown that they have resulted in a reduction in crime throughout the country. This change in delivery of a policing service has, I hope, provided communities and individuals with a sense of safety and security in their daily lives.