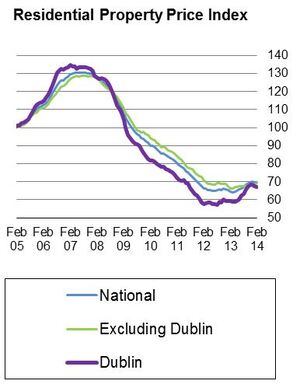 [Top: A new graph published by the Central Statistics Office today detailing property prices in Ireland between February 2005 and February 2013 and, above, a screebgrab from a table showing the percentage price change in properties in Dublin in January and February 2014]

“According to the CSO, Dublin house prices have fallen 2.1% since the start of 2014, bringing prices back to where they were in September 2013. Although the Dublin Meeja will claim the opposite. Doesn’t the Irish Times own myhome.ie?”

Residential Property Prices rise by 8.1% in the year to February (Central Statistics Office) 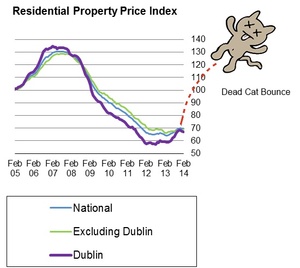 Bubble At The Border