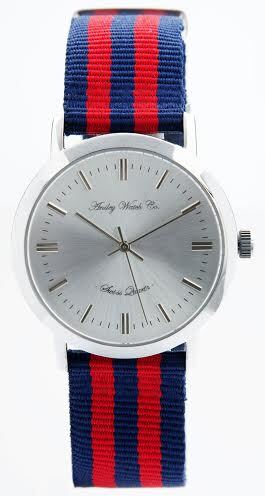 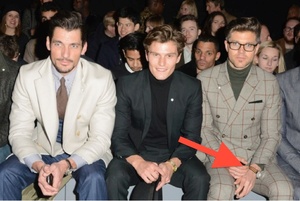 [The Ansley Sailor Silver (top) as sported by Darren Kennedy (right) with mermen David Gandy, and Oliver Cheshire at J a fashion whatsit in January]

The Ansley Watch Company was founded in 2012 by Arthur Smith an Irish entrepreneur from Dublin and an Irish-based Swedish designer, both completely Horology obsessed with a penchant for Vintage watches. We’ve launched 2 unisex collections;The Army Series’, and ‘The Sailor Series’ in Sweden and in Ireland we’re having a fantastic reaction from customers,stockists and hope to export Ansley this year. We’re firmly committed to keeping Ansley production in Ireland and we feel there are so many small companies within the Heritage community that can add to the Ansley brand.

Would you like the above watch – worth €149 on YOUR wrist for nothing?

Ansley have given us one to GIVEAWAY.

They would like  YOU to complete this timely sentence