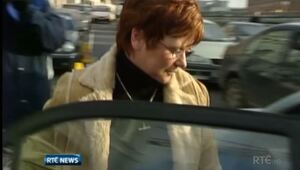 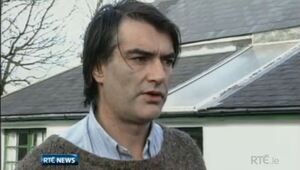 Yesterday, John Burke discussed a statement that Marie Farrell gave to gardaí in 2006 with Colm Ó Mongáin on RTÉ’s This Week. In the statement Ms Farrell alleges that she was put under “intense pressure” by gardaí to implicate Ian Bailey for the 1996 death of Sophie Toscan du Plantier.

Mr Bailey was arrested twice in relation to the murder investigation – in February 1997 and January 1998 – and released without charge on both occasions.

John Burke: “Marie Farrell was a local shopkeeper in the village of Schull in West Cork around the time Ms Du Plantier was killed at her holiday home nearby. Ms Farrell came to Garda attention shortly after the French woman’s murder when she rang Bandon Garda Station anonymously and said that she saw a man late at night on a road near the murder scene. She didn’t give her name as on the night in question, she claims to have been with a man who was not her husband and she was concerned her husband would find out. Now gardaí subsequently tracked her down and it was from this point onwards that one guard in particular began to ring her constantly about the case, she says. She’s claimed that she came under pressure from gardaí early on in the investigation, to wrongly identify the man that she had seen on the road that night as Ian Bailey, an Englishman who was living locally.”

Colm Ó Mongáin: “So, from the beginning, they were lots of phone calls. What level of detail does she give in her version of these conversations?”

Burke: “Well in this statement, Marie Farrell claims that during January and February of 1997, she was coming under intense pressure to name Ian Bailey in a statement, as the man she saw near the murder scene. One garda, she says, was ringing daily, sometimes several times a day, to discuss a possible statement. She said that the tone of the calls were not nasty at this time but they were pleading. And she said that the Garda claimed it would take a lot of pressure off him to have this statement about Ian Bailey. She was also being regularly asked whether she had said anything to her husband and she said she had not. Now, she said this garda was very concerned that other gardaí could be suspicious about him making so many calls to her home and to her shop. And she said that he asked her to go to two public telephones – one opposite the Bunratty Pub and one in the east end car park in Schull, and it was on these lines that they discussed the case initially. And then later that month, amid what she called constant pressure, she signed a statement in which she alleged to have recognised Ian Bailey as the man she saw on that night, on the road.”

Ó Mongáin: “Now according to this statement, she also claims to have been given the use of a special phone for the purposes of conducting these discussions with gardaí but not to go mad on it?”

Burke: “Yes, that’s right. Marie Farrell said, in this statement, that this garda gave her a mobile phone. She said he called it a State phone and she recounted the number of that phone in her statement and this number would appear to tally with the numbers of a normal, Garda issue mobile phone. She said he gave her the phone so that if anyone checked outgoing calls, it would look like calls were being made to a Garda rather than to her. And she said that this garda was, to quote her statement, always worried about phonecalls being checked to the extent that even when the Garda in question rang her, on the mobile phone that he gave her, he would cut the calls short and ask her to continue the calls via a public phonebox. She said that she had the use of this Garda mobile phone for around nine months and that she never paid any bills on it. She said he was constantly ringing her, looking for additional statements, relating to what she described as, to quote directly again, fictitious events involving Ian Bailey.”

Ó Mongáin: “Another key witness in this case is Martin Graham. Now Marie Farrell claims to have been rung by a garda who is deeply worried about a negative media report relating to this Martin Graham?”

Burke: “Yes, that’s right. She said that she was out at a family event one Saturday in May 1997 when a garda, who she had been dealing with, rang her and she said the garda was crying and she said that, to quote again directly, that they were “in the shit”. She said that this was a reference to a tabloid newspaper story which he believed was about to be published, relating to allegations that had been made by Martin Graham, who claimed that he was offered cash and drugs in order to obtain information about Ian Bailey and the garda pleaded with her to leave his name out of it if she ended up talking to the media or anyone about this.”

Ó Mongáin: “But that tabloid newspaper story was ultimately never published. What was the issue? Was the issue discussed any further in telephone calls, the issue of this potential story?”

Burke: “It certainly was, she said that the garda rang her sometime later during the summer of 1997 and claimed that gardaí in Dublin had somehow managed to stop this story being published. She said that the garda also told her that gardaí had put pressure on Martin Graham and he was fairly confident that Martin Graham had now gone to England and that he would not be coming back in a hurry. She made this statement in 2006 and her timeline of when this occurred would seem to fit with the same account given by Martin Graham.”

Ó Mongáin: “There’s also an indication that these calls of regular or even constant surveillance being mounted on herself and Ian Bailey?”

Burke: “Yes. Now she said that any time she met Ian Bailey, either this garda or others would ring her almost immediately afterwards to look for a blow-by-blow account of what was said. Interestingly she said that this also occurred after she met with gardaí sent especially down from Dublin to review the handling of the case, on which occasion she said this, or another garda, would ring her immediately to get a debriefing of what the other gardaí in Dublin wanted to know.”

Ó Mongáin: “So from around late December 1996, and certainly, into early 1997, Marie Farrell says she’s receiving constant phonecalls from gardaí in which she’s knowingly asked to give false evidence against Ian Bailey. We know that some calls to and from garda stations were being taped and they’re likely to play a central role in whatever Commission of Inquiry the Government puts into place. Do we know whether these calls were to Bandon?”

Burke: “Well Marie Farrell does make reference to calling Bandon in her statements. Of course we don’t know at this stage what calls were recorded and what particular recordings exist, we know that around three dozen recordings between Marie Farrell and gardaí have been found and they have been transcribed, it’s also likely that many more are yet to emerge.”

Previously: Marie Farrell: Why I Lied About Ian Bailey (Transcript)

And You’re Back In The Room