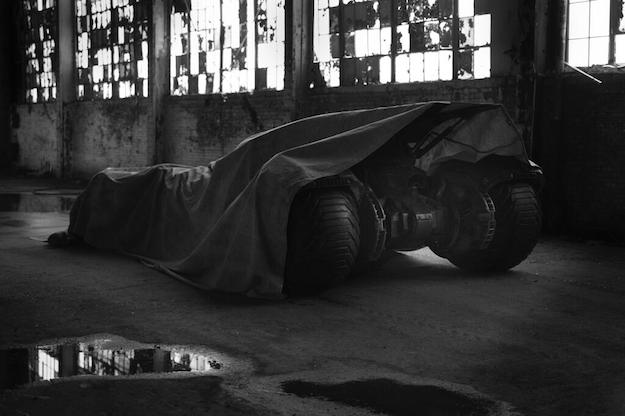 After teasing everyone with a mostly obscured shot of the new Batmobile from his upcoming Batman vs Superman film, Zack Snyder delivered today with a better shot along with (what we assume is) a bonus Ben Affleck in costume.

How Man Of Steel Should Have Ended