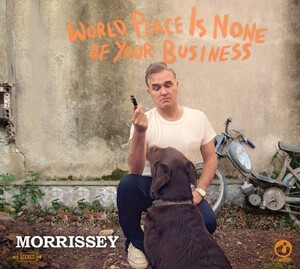 Morrissey has taken to his fan site true-to-you.net to deny he is behind the twitter and Facebook accounts bearing his name.

We had our doubts but you knew that already.

Glenn Hansard Makes Us All Feel Like Cynical Wretches