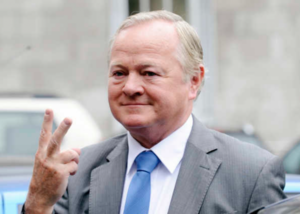 While Mr Higgins made reference to the approach from the new whistleblowers in a Raidió na Gaeltachta interview a fortnight ago, he said the story “died a death”. Their claims had not previously been made public.

Asked whether he was raising the matter again now that polling day was approaching, Mr Higgins said the whistleblowers had approached him in recent days inquiring as to whether progress was being made. They felt thwarted by more senior members of the force when they sought to execute prosecutions.

“When I met the whistleblowers, they presented me with very real and shocking information,” Mr Higgins said, adding that he initially approached former minister for justice Alan Shatter with the information.