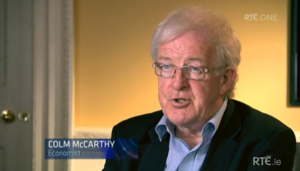 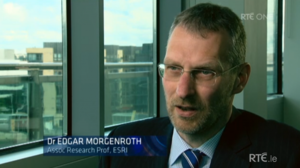 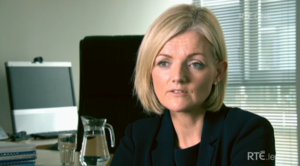 Last night, the first half of RTÉ’s Prime Time focused on Irish Water. In an initial report by Barry Cummins, the matter of last summer’s deal made between the Government and the 35 local authorities – the 12-year Service Level Agreements – was discussed.

The agreements essentially mean that the pre-existing structures and staff in relation to the provision of water will remain in place for 12 years before transferring into Irish Water.

This is what some of the contributors had to say:

Colm McCarthy: “There had to be some transitional arrangement but 12 years seems like an awful long time and, to the degree, that the intention of having a single water authority was to economise on costs, having 12-year service agreements with all the existing operators means there won’t be any savings for 12 years.”

Dr Edgar Morgenrath: “Personally, I would not have put those service level agreements into legislation. That’s going to be very difficult if you find that you want to change that, to do so. I think that could have been done on a contractual basis. And if Irish Water were simply just an amalgamation of the water services of the 34 local authorities, as they existed previously, then there wouldn’t be any efficiency gains and that would certainly be a wasted opportunity.”

Elizabeth Arnett: “We can’t underestimate the scale of the transformation programme that we’re undertaking. The service level agreement provides mechanisms in order to make the sorts of changes that we need to see over those 12 years, so it’s not a steady state for 12 years.”