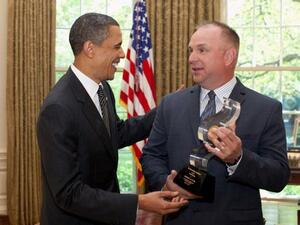 Garth Brooks giving US President Barack Obama his 2008 Grammy for Best Spoken Word Album for “The Audacity of Hope: Thoughts on Reclaiming the American Dream” in 2010

[Lord Mayor Christy] Burke also said a group of residents from Ballybough in Dublin told him they intend to call on US President Barack Obama to try to encourage Mr Brooks to play in the capital.”

But when contacted by Independent.ie this afternoon, White House spokeswoman Caitlin Hayden confirmed that the President will not be intervening.

“This is an issue we’ll leave it to Mr. Brooks and the City of Dublin to resolve,” she said.

White House: ‘We won’t be getting involved in Garth Brooks fiasco’ (Irish Independent) 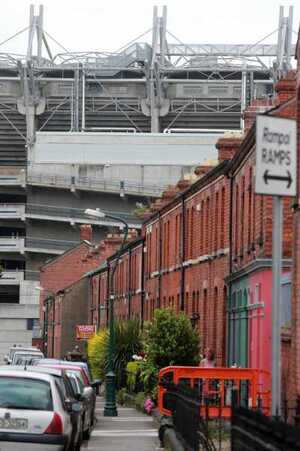 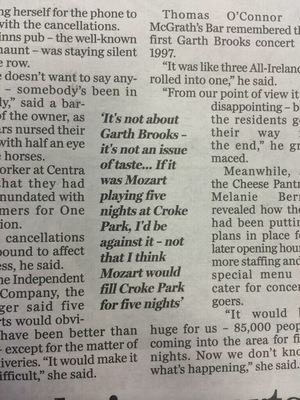 77 thoughts on “For The Love Of Garth”