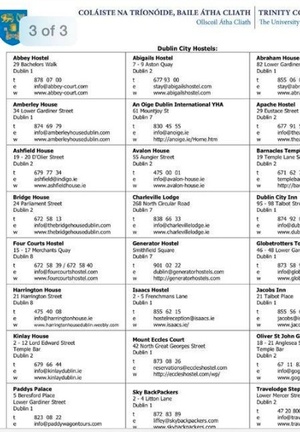 An email sent by the Accommodation Office to students rejected in a round of offers for on-campus accommodation today includes a list of alternative halls of residences in Dublin. However, with the exception of the as-of-yet-unallocated Trinity Halls, all 3,000 places in purpose-built student accommodation in Dublin are filled, with the National College of Ireland (NCI) rooms having booked up within two hours of applications opening. The document [above] contained in the email also lists twenty-four hostels. It is unclear whether the hostels are intended to be for temporary lodgings or for use during the whole academic term.
‘Some opt to spend multiple nights sleeping on couches or in hostels every week, others aren’t even able to attain that. There is now a real danger that this will start to impact on retention rates and it requires immediate attention from Government,’[said]Laura Harmon, President of USI [Union of Students In Ireland]. 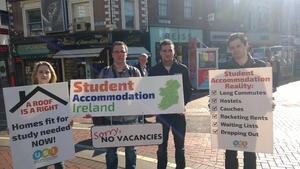 13 thoughts on “Where Will We Put The Students?”