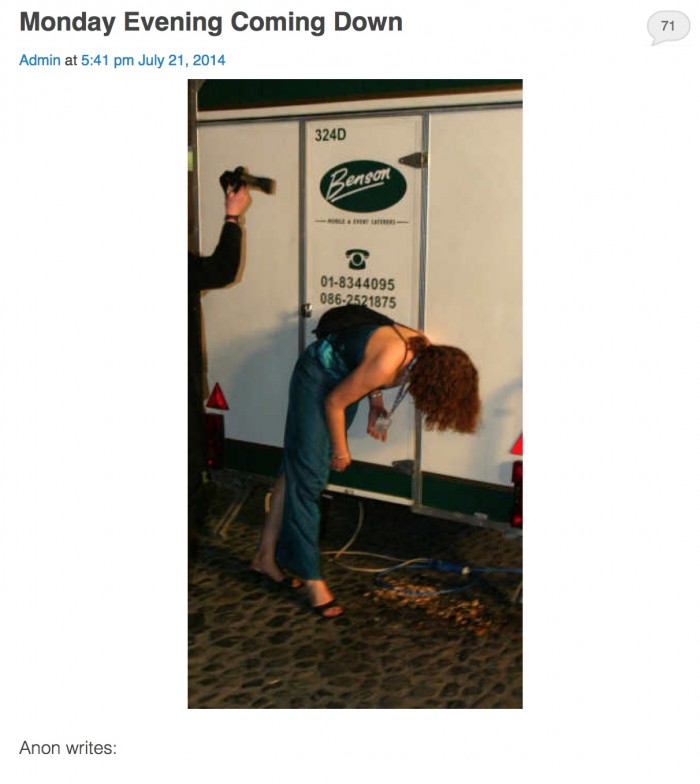 Last week, It was a binge too far.

How does it look THIS week.

“Things are going well. I have been doing a lot of thinking over the last week and took into account a lot of the comments people posted. My first port of call was the assistance service offered to employees by my employer, I did what was termed an AUDIT test which takes into account dependence, behaviours and indication of how people are with alochol.
The scoring system used is 1-40 and anything over 18 is considered problem drinking, I’m a 20! Friends (drinkers and non drinkers alike) have told me that I am being too harsh on myself but intuitively there is something telling me I should be looking at it and changing my relationship. Thinking about it long and hard what do I want to do? The alcohol culture is entrenched in the Irish psyche, telling people I was not drinking was met with a chorus of ‘What is wrong with you, are you sick?’ to people asking me for permission for them to drink ! Never did I mention I had a problem with other people drinking, I don’t in fact I’m wired to the moon as I discovered recently on a night out not drinking.

“I never considered myself a problem drinker at all. On an average night out I could have 8-10 pints which to me appeared normal but from reading up and learning it appears any more than 3.5 pints of beer is binging (seriously?). I have an appointment next week with a counsellor to tease out where I am and strike that balance. I’m going away on a few trips and I want a few beers, not because I crave them but because I enjoy them. My problem seems to stem from two things – I drink way too fast and flood my body with too much alcohol at once and I have associated alcohol with always having a good time which is not true at all! I do consider myself a moderate drinker with bad habits and compared to speaking to others I’m not at the bad end of the scale but I will know for definite midweek :)”