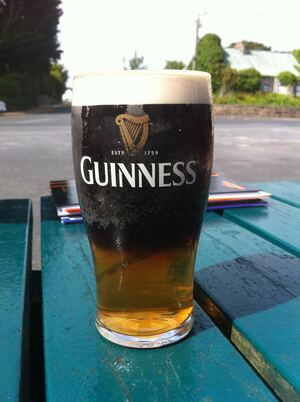 I was in Carraroe in Galway yesterday and one American (from Georgia to be precise) was at the bar was ordering black velvets – a mixture of Guinness and Bulmers. What you think?

The Irish Breakfast: Full At Last

50 thoughts on “An Abomination Unto The Lord?”