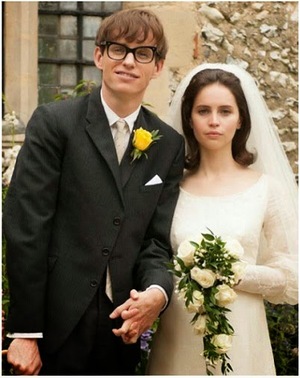 3. The film is based on Jane Hawking’s 1997 memoir ‘Travelling to Infinity: My life with Stephen’. a little friendier than her earlier work ‘Music to Move the Stars’ which focused on their divorce.

4. Eddie Redmayne was one of Vanity Fair’s ‘Best Dressed’ for 2012. It’s all been downhill since then.

5. Both leads have previously modeled for Burberry.

5 thoughts on “Broadsheet Trailer Park: The Theory Of Everything”