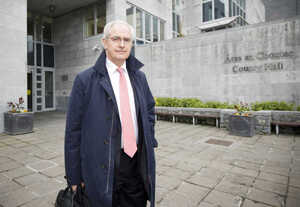 The vast majority of Irish women who seek abortions do so in the UK. This avenue should not be presumed to be available forever. Growing public awareness in Britain of the extent to which we are exporting our problem, as well as on-going financial constraints in the NHS, make it likely that British hospitals will increasingly restrict access to women from Ireland for termination.

Our current law is governed by the 1983 Eighth Amendment, which provides for the equal right to life of the mother and the unborn. As we saw with the case of Savita, this has resulted in abortion being lawful only where there is a real and substantial risk to the life of the mother.

Obstetricians find this difficult to interpret. Put simply, obstetricians have to decide how close to death a woman has to be before they can intervene and the woman herself has no say in the matter.

Psychiatrists have to assess the risk of suicide. In practice this really only applies to those who are not able to travel, the majority of whom are in the care of the state.

…I suggest that our politicians reach cross-party agreement, as soon as possible, that a referendum – whose sole issue should be the removal or retention of the Eighth Amendment – will be held at a specified date early in the term of the next government. Such political consensus would not bind parties to a particular stance on the referendum to follow, but would take much of the toxicity out of the issue of a referendum itself from the politics of the next general election campaign and lessen the kind of aggressive lobbying to which TDs have been subject in the past.

We can only hope thereafter for a mature, factual, and compassionate debate on this most difficult of subjects. In the meantime, bad law makes hard cases.