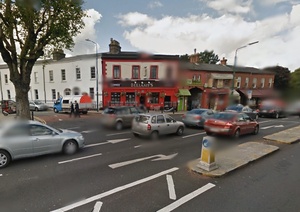 “After months of speculation, The Bridge 1859 was officially announced today as the name of the Ballsbridge bar formerly known as Bellamy’s. Recently acquired by Noel Anderson of The Grafton Lounge alongside Ireland and Leinster Rugby stars Jamie Heaslip, Sean O’Brien and brothers Rob and Dave Kearney, The Bridge 1859 looks forward to welcoming a ‘scrum’ of customers from the end of September…”

A Woman Walks Into The Bar