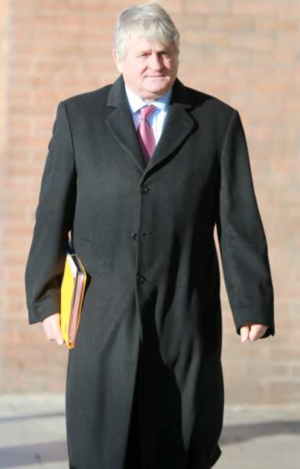 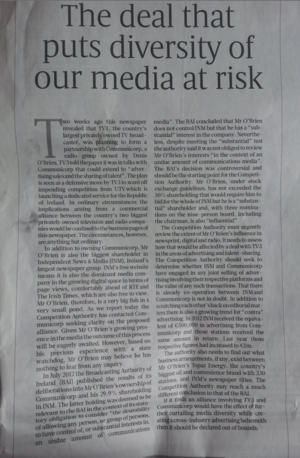 “The Competition Authority must urgently review the extent of Mr O’Brien’s influence in newsprint, digital and radio. It needs to assess how that would be affected by a deal with TV3 in the areas of advertising and talent-sharing. The Competition Authority should seek to determine whether INM and Communicorp have engaged in any joint selling of advertising involving their respective platforms and the value of any such transactions.”

“That there is already co-operation between INM and Communicorp is not in doubt. In addition to scratching each other’s back on editorial matters there is also a growing trend for “contra” advertising. In 2012 INM received the equivalent of €500,000 in advertising from Communicorp and those stations received the same amount in return.”

“Last year those respective figures had increased to €1m. The authority also needs to find out what business arrangements, if any, exist between Mr O’Brien’s Topaz Energy, the country’s biggest oil and convenience brand with 330 stations, and INM’s newspaper titles.”

From an editorial in yesterday’s Sunday Times, further to the news that TV3 is planning to form a partnership with Communicorp, the radio group owned by Denis O’Brien.

Previously: Anything Good In The Sunday Times?