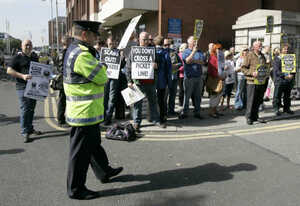 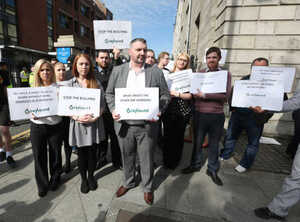 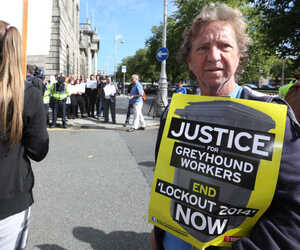 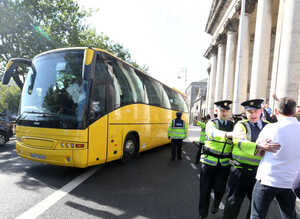 Some current Greyhound employees leave the High Court by bus after facing off with supporters of striking Greyhound workers.

Greyhound took nine workers and [Dublin City] councillor Gino Kelly to court for contempt after they allegedly ignored an injunction not to block Greyhound trucks. The workers were locked out after they refused to accept a 35 per cent wage cut in June.

The case was adjourned for a week 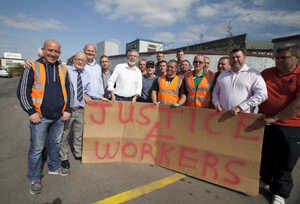 Gerry Adams visits workers locked out of the Greyhound plant in Clondalkin Dublin this afternoon.

16 thoughts on “Divide And Misrule”