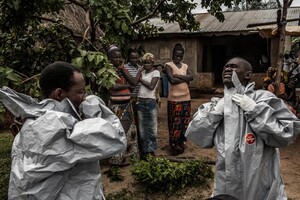 Members of a Red Cross burial team put on  protective equipment before entering the home of a woman suspected of dying of Ebola in Dia, Sierra Leone on August 18. 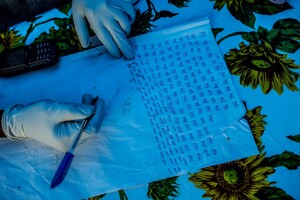 A government health worker keeps tally of those who pass an Ebola quarantine checkpoint in the road leading from Freetown to Kenema, Sierra Leone on August 16. 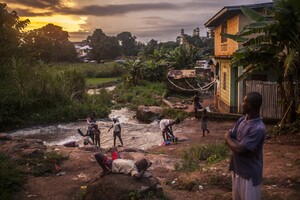 Residents of the town of Kailahun in Sierra Leone – which has been heavily affected by the Ebola outbreak – gather along a river at dusk on Tuesday, August 19.

Chilling Photos From the Front Lines of the Ebola Outbreak (Wired)

3 thoughts on “Meanwhile, In Sierra Leone”