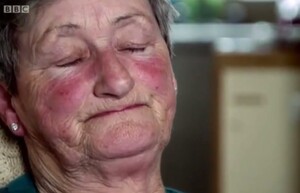 “I am looking for my half sister who was born at St Peters Hospital Castlepollard Co Westmeath on 29/11/1957 to a Mary Patricia McDowell. She was taken away from the Sacred Heart Convent Castle Pollard for adoption to the USA, The placement agency was The Angel Guardian Home Long Island New York.The was also given the name Mary Patricia when born but was adopted by an American Couple with the surname O’Connell. Anybody with any information please email.” (John Donoher)

“Hi my name is una Stroud from Athlone co westmeath.myself and my family are looking for our sister, she was born on January 28th 1954 or 1955 she was adopted to a couple from America, my mother’s name was Una Dunleavy from Sligo, sadly my mother passed this year on January 29th and we are desperate for help.as it was my mother’s dying wish to find her daughter our sister.” (Una Stroud)

“I am looking for a micky Joe mulligan,or Michael Joseph Mulligan born at castlepollard 1955/6 adopted to an American couple any information would be appreciated” (Totty Maude)

“I am adopted from Ireland. I was born in Castlepollard on June 12, 1951. My birthname was Catherine Mary Flanagan, my mothers name was Margaret Flanagan (formerly Clara) as states on my birth certificate. I was born at a place called Manor House. I was adopted in December of 1951. I am looking for any family which may still be in the area, and looking for information on my parents. I have no information on my father. I was adopted through the ST. Patricks Guild. I need help in looking for for any living relatives. I was adopted by a family from California in the US.” (Cathy Filglas)

“My name is Kelly Little now. I was born at Sacred Heart Convent/St. Peter Hospital in Castlepollard on the 4th of April 1962. My mothers name was Josephine Kelly (maiden name). The name on my birth certificate was Grainne Anne Kelly. I was adopted by a couple in Kansas in 1964. Josephine would have been around 22 at the time of my birth. If anyone has any info I would appreciate hearing from you. Please email me at blittle@usd261.com. “ (Kelly Little)

A selection of messages from the Irish Roots website [readable in full here and here] following last night’s BBC Two documentary “Ireland’s Lost Babies” (repeated tonight at 10.15 pm. on RTÉ One and available to watch now on YouTube above), featuring the Sacred Heart Mother and Baby Home, Castlepollard, County Westmeath.

A key player in the Castlepollard adoptions was the local parish priest, Father PJ Regan, who was also chairman of the St Clare’s Adoption Society, run by the Franciscan sisters.

Journalist Mike Milotte, in his book “Banished Babies”, records that over 300 children from Castlepollard and over 130 children from St Clare’s, were adopted by American families during the 1940s, 50s and 60s.

The book also records how subsequent attempts by those children – and their mothers – to make contact – were frustrated by the deliberate provision of incorrect information by both Father Regan and the Sacred Heart nuns.