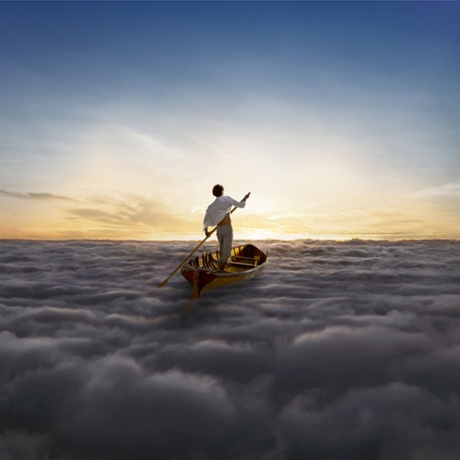 Waters (out of picture).

“Details about ‘The Endless River’, the new Pink Floyd album from David Gilmour, Rick Wright and Nick Mason, were revealed today as the album artwork appeared on buildings in ten international cities, including an eight metre lit installation on London’s South Bank. The album will be released on Parlophone on Friday November 7th and is produced by David Gilmour, Phil Manzanera, Youth and Andy Jackson….”

The Wizard Of Floyd

Dark Side Of The Moon