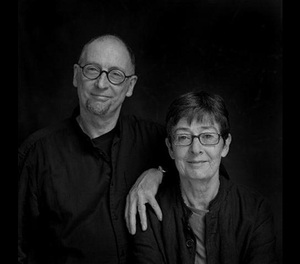 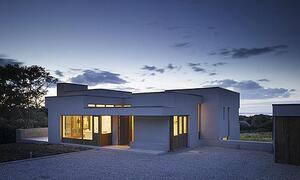 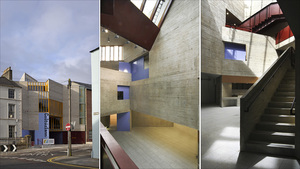 Some of the handiwork of Dublin architects’ architects Sheila O’Donnell and John Tuomey [top] who have won the 2015 RIBA [Royal Institute of British Architects] Royal Gold Medal in “recognition of their lifetime’s work”.

Shiela and John, both in their early sixties, are apparently among the “youngest recipients of the Medal” previously given to the likes of Le Corbusier , Mies van der Rohe and Frank Gehry

“It is forty years since it had been awarded to an Irish practice*. In the meanwhile Irish architecture has flourished – particularly in their generation – with a commitment to the art and the craft of building which is the envy of our more populous island. What marks Sheila O’Donnell and John Tuomey’s achievement is that very commitment.

They are, of course builders first of all: but they are writers and teachers as well as professionals, active through the Architectural Association of Ireland in whose recent revival they were instrumental, so that their presence on the Irish scene is a powerful one, and their influence as teachers and writers has been extremely important.

How To Hide A 4-Car Garage