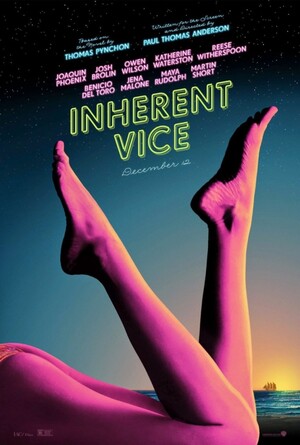 1. Set in 1970’s California, a permanently stoned Private Dick gets dragged in to a kidnapping conspiracy by a former girlfriend.

2. It’s Paul Thomas Anderson’s new film! The most anticipated release since the birth of Saphur II The Great.

3. The film is an adaptation of Thomas Pynchon’s novel of the same name.

4. It’s also Pynchon’s first book to be adapted for screen and he is rumored to have cameo in it. It will be hard to tell as there has not been a reliable photograph taken of him in 50 years.

7. Anderson left film school after two days because he felt his lecturers were making film boring.