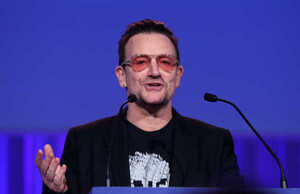 In an interview with the Observer, the Irish singer says his country’s controversial policies – which help multinational companies avoid billions in tax – have “brought our country the only prosperity we’ve known”.

The 54-year-old says that Ireland’s economy is dependent on attracting multinational companies – including Apple, Facebook, Google and Amazon – with tax avoidance strategies, including a loophole dubbed the “Double Irish”, the use of two Irish companies to lower the effective tax rate.

Bono said: “We are a tiny little country, we don’t have scale, and our version of scale is to be innovative and to be clever, and tax competitiveness has brought our country the only prosperity we’ve known.

“That’s how we got these companies here … We don’t have natural resources, we have to be able to attract people.”

Bono, who describes himself as a “natural social democrat”, said Ireland had benefited from “more hospitals and firemen and teachers because of [our tax] policies”.

Previously: We Get To Carry Each Other

And There Won’t Be Snow In Africa This Christmas Time

Bono At Yalta: “I’m Crossing The Great Divide. I like Cole Porter. He’s Into Ragtime Jazz

66 thoughts on “Signs Of Innocence”