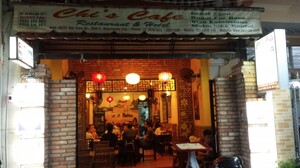 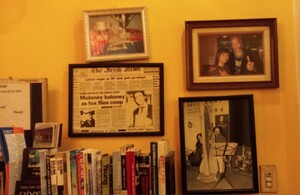 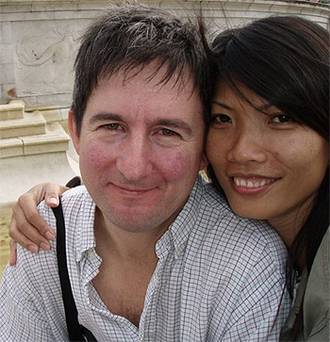 “Travelling through Vietnam and came across these framed pictures in Chi’s Cafe on Bui Vien Street in Ho Chi Minh City, in honour of Eugene Moloney, the journalist who was killed on Camden Street, Dublin, two years ago. Chi’s Cafe is owned by Chici, who was Eugene’s girlfriend at the time of his death.
The top pic, above the Irish News frame, is of an award created in Eugene’s memory from his football team in Hanoi, where he used to play. The one of him with the harp was something Chi had painted. The one above the harp is of Chi with Richie Havens, taken in Whelan’s Dublin…”

He Was A Friend Of Mine

3 thoughts on “Missed In Saigon”