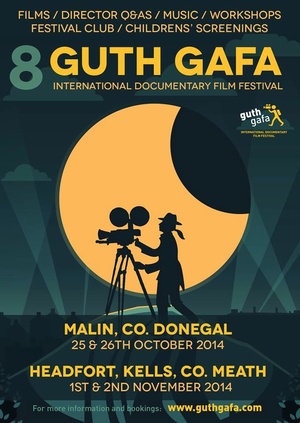 Guth Gafa is an international documentary film festive in Malin Co Donegal on October 25 and 26 and thence to Kells, Co Meath on 1 and 2 November.

“Guth Gafa (meaning ‘captive voice’) is Ireland’s only independent documentary film festival. We focus on showcasing the latest award-winning International and Irish documentary films on thought-provoking subjects, and promoting the art of great story-telling, through film, to rural Irish communities.”