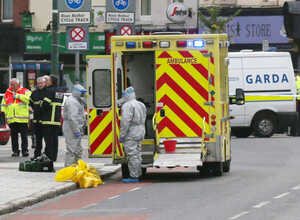 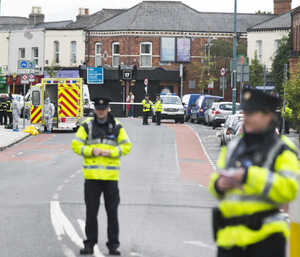 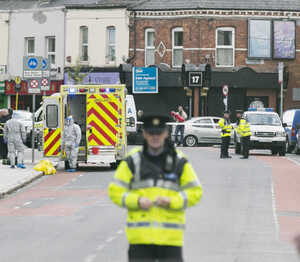 Dramatic Scenes following the transport of a woman from her home in Tyrrelstown, Dublin to the Mater Hospital with symptoms apparently consistent with ebola.

“Gardai and ambulance crews shut down Berkeley Road in a suspected Ebola case. The HSE has since confirmed the lady was tested for the deadly virus, though was given the all-clear. Witnesses reported that ambulance crew, and other staff wore protective gear throughout the investigation. Large areas surrounding the hospital were shut-down in accordance with procedures outlined by Health Minister…”

48 thoughts on “Not Going Viral”