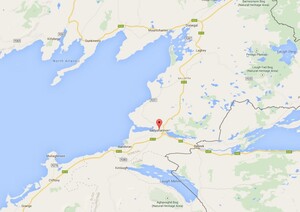 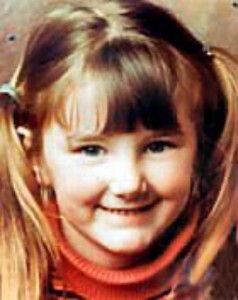 Yesterday a man was arrested in connection with the kidnapping of Mary Boyle in 1977.

It has put the spotlight on the existence of a possible paedophile ring that has operated in the South Donegal area for decades.

1977: Six-year-old Mary Boyle disappears while visiting her grandparents’ home near Ballyshannon. An intensive search of the area yields no results.

1998: Speaking to the Irish Independent in his capacity as ‘youth community worker’, Liam Adams, Gerry Adams’ brother, references a ‘very well-organised paedophile ring’, which may have links in Donegal.

2000: Eugene Greene, a priest from Gort an Choirce in the Raphoe Diocese, which covers most of Donegal, is sentenced to 12 years’ imprisonment after being convicted of abusing up to 26 boys in a number of parishes within the diocese during the period 1965 and 1982.

2002: Denis McGinley, a teacher from Gort an Choirce, who also abused a multiplicity of victims, is sentenced to 30 months in respect of offences committed between 1978 and 1995.

2004: Allegations that up to 22 men had sexual relations with a 13 year-old Ballyshannon girl in various locations in Ballyshannon, Rossknowlagh and Donegal Town in 2003.

2006: In February, a teenage girl is raped in Bundoran.

2007: Following an almost three-year investigation 6 men are charged with sexual assault on the 13-year-old Ballyshannon girl.

Trials of six men charged in relation to the 13-year-old Ballyshannon girl take place. Five men, aged between 22 and 34 years of age, are convicted, four of whom are sentenced to periods of imprisonment of between two and three years, with the other being given a suspended sentence., pleads not guilty, is convicted on two counts, and sentenced to 2 years and six months.. The sixth man successfully pleads genuine mistake as to age and is found not guilty.

2008: In September, a 16-year-old girl is attacked by an 18-year-old youth at the Harvest Fair in Glenties.

Retired Garda Martin Ridge, who led the investigation into Greene and McGinley, publishes a book about the investigation ‘Breaking the Silence’ (Gill & Macmillan). This book alleges that Eugene Greene was known to clergy in Raphoe as a paedophile at least as early as 1976.

2009: In April, a 57-year-old Bundoran man is convicted of sexually assaulting a 19-year-old girl.

2010: In June, it is reported that the gardai have files on 16 additional men who had sexual intercourse with the 13-year-old Ballyshannon girl in 2003 but against whom charges were not brought by the DPP due to insufficient evidence. The girl’s diary records that she had sex 57 times with 22 men over a six-month period.

In July, paedophile William John Paden – one of Britain’s most wanted sex offenders – is arrested in Ballyshannon.

2011: A schoolgirl is raped by a schoolboy after the Ballyshannon Carnival. Two other girls come forward to allege rape by the same boy, whom the Mirror states is “believed to have links to a notorious pervert from the county who was jailed in the past for a sex attack”.

In June, the Irish Independent reports that the gardai have begun an investigation into an organized child sex ring in Donegal.

The following month, paedophile Michael Ferry is convicted of having raped four boys on the premises of an Irish language summer school in Gweedore. Ferry was allowed to carry out odd jobs on the school despite the management being aware of his past conviction for a sexual offence in 2002. Justice Minister Alan Shatter orders an investigation. One of the victims, Derek Mulligan, waives his anonymnity and expresses concern that Ferry – who took pictures of the boys when abusing them – may have been part of a paedophile ring operating in the area. Highland Radio reports that the Gardai are investigating claims against four other persons linked to Ferry. Two men are subsequently arrested and released in what are believed to be Ferry-linked investigations, although no charges are subsequently brought.

An unidentified source involved in social work is quoted in the Donegal Democrat as stating that child sex abuse is rampant in parts of Donegal and has been for many years. In August, the Guardian reports that new evidence has emerged of a lay paedophile ring in Donegal paralleling the church paedophile ring to be detailed in the forthcoming Raphoe Report, in which the Gardai was complicit, and in relation to which an investigation is now under way.

In November, the National Board for Safeguarding Children in the Catholic Church publishes the Raphoe Report. This review of sexual abuse in the Raphoe Diocese purports to examine all case files from 1975 to 2010 to determine how allegations and concerns were dealt with. The report identifies 52 allegations against 14 separate priests in the diocese since 1975, eight of whom have left the priesthood or are no longer serving in a ministry and four of whom have been convicted of offenses against children or young people. The only priest named in the report is Father Greene. The Report was described as a whitewash by the local Tirconaill Tribune newspaper, which criticised the reviewers for not having spoken with the persons abused.

The same month, an abuse survivor, John O’Donnell of Flacarragh, demands a full state enquiry into alleged cover up of a 1970s Donegal paedophile ring. Mr O’Donnell alleges that his attempt to report his abuse by a lay church member to the Gardai in 1973 resulted in him being slapped and slung out.

The same year, the Gardai begin a review into the case of Mary Boyle.

2012: In February, a youth is arrested following a sexual attack on a 15-year-old girl in Ballyshannon.

In May, the BBC airs a documentary about clerical child abuse in Donegal “The Shame of the Catholic Church.” The documentary focuses on a secret church inquiry in 1975 when a 14-year-old Donegal boy, Brendan Boland, was questioned by the church after he had disclosed he had been abused by Fr Smyth during time spent by him in a parish Donegal. Three priests took part in the process, among them Cardinal Brady, then Fr John Brady – a canon lawyer, bishop’s secretary and school teacher.

In the documentary, retired Garda Martin Ridge is quoted as saying:-“I don’t believe a week went by in West Donegal where you hadn’t a child or a number of children sexually abused . It’s horrendous. Anywhere you look around here which is so hard to fathom: by-roads, side roads, churches, schools – the abuse here was something unbelievable, unbelievable. And the fact that nobody in the public spoke out about this after the total carnage here.”

2013: A 63-year-old man is convicted and sentenced to two years’ imprisonment for 35 charges of indecent assault on two young brothers in Ballyshannon between 1966 and 1971.

Peter Cororan of Falcarragh is sentenced to 12 years’ imprisonment for the abuse of seven victims, some aged as young as 7, over the course of 16 years.

In October, Liam Adams is convicted of raping and sexually assaulting his daughter, Aine Dahlstrom, over a six-year period between 1977 and 1983.

2014: In January, TG4 programme Micheál Ó Fearraigh: Feall i ndiaidh Fill airs. The programme states that, although an interim Garda report supplied to the Justice Minister in the months following Ferry’s 2011 conviction claims that gardaí had alerted both the school’s directors and the then North Western Health Board (now HSE) about Ferry’s first conviction shortly after it occurred in 2002, the Health Service Executive has yet to publish its own internal report into what actions it took after receiving this information from gardaí.

In April, Arline Murphy, aged 50, from Ballyshannon, publishes her story in the Donegal Democrat, detailing a history of abuse between the ages of 7 and 16 by a number of different Ballyshannon people, both male and female, known to one another.

Gardai investigating the disappearance of Mary Boyle inspect and take forensic evidence from a bowl-shaped area of land near where she was last seen, and where neighbours reported seeing what appeared to be a shallow grave some days after her disappearance. Although they informed the Gardai, no body was found in the spot by the time it came to be searched.

On October 21, it is reported that a 64-year-old man has been questioned about the kidnapping of Mary Boyle. The man, resident in the Ballyshannon area at the time of Mary’s disappearance, is currently serving time for indecent assault.

100 thoughts on “A Corner Of Ireland”