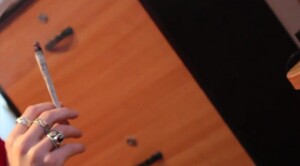 A clear headed documentary on cannabis in Ireland.

The intention of this documentary is to explore the role of cannabis in 21st Century Ireland, not least due to growing usage within the mainstream, but also because of our failure to prevent its distribution. For this reason, we need to question the resources ploughed into the ‘war on drugs’ and whether both the time and manpower called upon is justifiable when it appears that all other progressive nations are either entirely decriminalising cannabis or relaxing their laws on its possession.

(Made before the Summer cabinet reshuffle while Alan Shatter was Justice Minister,  James Reilly was Health and Ming was in the Dáil)

Yeah, Well, You Know, That’s Just, Like, Your Opinion, Man

12 thoughts on “The Green Dream”