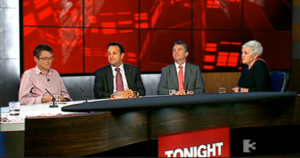 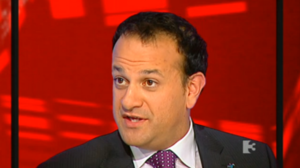 Mr Varadkar was asked what people should do, if they can’t afford to pay their water charges.

David Cullinane: “If I can ask you an honest question, Leo?”

Vincent Browne: “Make it quick because we’ve gotta go to a break.”

Leo Varadkar: “Well that’s a very po-faced question because if you look at…”

Varadkar: “I’ll tell you why it is because if you look at your alternative budget, for example, you propose a standard rate…”

Varadkar: “What they should do is…”

Smith: “Leo you live on another planet, people simply don’t have it.”

“There Was A Deal Done Already”

48 thoughts on “Knowing The Price of Everything”