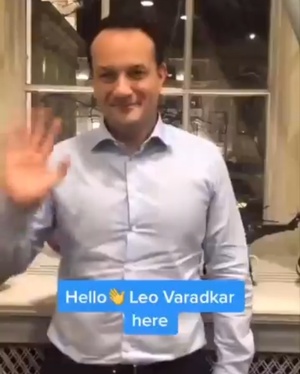 Tanaiste Leo Varadkar celebrates new hires for Chinese-owned video app TikTok, facing the ongoing threat of a US ban, at its European data centre in Ireland.

Here, @LeoVaradkar I fixed that #TikTok for ya, so now your down with da kidz. CC @broadsheet_ie pic.twitter.com/KGc382UBpS 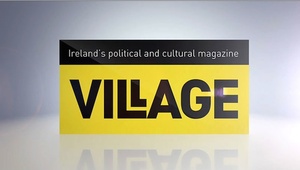 Following Tanaiste Leo Varadakar’s Dail response to revelations in Village magazine of how he gave a contract negotiated between the Government and the Irish Medical Organisation (IMO) to his friend, former National Association of General Practitioners’ president Dr Maitiú O Tuathail.

Mr Varadkar denied the level of contact with Dr O Tuathail suggested by Village. In one instance saying he was in Barcelona, Spain when the magazine claimed he had met Dr O Tuathail in Dublin.

You referred in the Dáil on 10 November to the impossibility of your having had ten encounters in 2019 with Dr Matt Ó Tuathail. You said many of the encounters referred to
were impossible.

Can you please say how many, and which of them, you consider you have now shown – as opposed to just stated without evidence – did not happen. Can you kindly please give information that shows you were in Barcelona at a time that proves you could not have had any particular one of the ten alleged encounters with Dr Ó Tuathail.

“The Tánaiste answered questions on these matters in two sittings and over five hours of Dáil debate. In relation to Community Health Ireland, Dr. O’Toole sent a brochure to the Tánaiste in November 2018 for information and informed him that it was being piloted in co-operation with the HSE. The Tánaiste did not take any further action on the matter.”

Statement from the Tánaiste’s office.

Last week: Meanwhile, In The Dáil More than a week later we still are waiting for documents to be made public https://t.co/iHBYEylDoA

Earlier: All Behind Him Dr. Zero Craic – Somebody That I Used To Know

An emotional version by Tadhg Hickey of the Goyte smash in tribute to the severed alliance between Leo Varadkar and Maitiu O Tuathail (top) aka Dr Zero Craic.

He added for emphasis:

“We’re not best mates or anything like that, I know that’s the narrative that’s trying to be created.” He’s more craic than he lets on, in fairness,

More info for public consumption; much more to come (Village)

Earlier: Accepting ‘A Contorted Political Narrative For The Sake Of Political Convenience’ On RTÉ’s Today with Claire Byrne.

Fianna Fáil’s Jim O’Callaghan spoke to Claire Byrne about Tánaiste Leo Varadkar’s address in the Dáil last night and his apology for posting a contract negotiated between the Government and the Irish Medical Organisation to former National Association of General Practitioners’ president Dr Maitiú O Tuathail in April 2019.

“On a day, such as today, I don’t think we should sit back and accept a contorted political narrative for the sake of political convenience.

“And I also think, as a Fianna Fáil TD, it’s important that Fianna Fáil calls out something when it’s wrong and that we don’t shy away from it because of political inconvenience.”

He doesn’t believe Leo Varadkar should resign and he doesn’t regard it as an “Agatha Christie mystery where we’re trying to find out everything”.

“I think he would have solved issues for himself had he simply said I disclosed a confidential document, I shouldn’t have done that, I was wrong, I apologise for it and move on.”

“I regard it [the situation] as a political issue and, from the Government’s point of view, I want to see it resolved and I want to see people moving on from it.”

“I’m not accusing him of saying untruths or something like that but his explanation, let’s be frank about it, has inconsistencies within it. And that’s why I say that politicians shouldn’t demean themselves by trying to stand over a defence which has a lot of holes in it.

“Why was there no covering letter with it? Why was it sent to the home address? Why was part of the front page redacted? All of these seem to suggest that the Tanaiste was trying to disguise his role in giving out this document.

“So like, these are issues that are going to be raised as a result of the contorted defence he has put forward.”

Earlier: Getting The Deal Done Minister for Foreign Affairs Simon Coveney leaving Government Buildings last night following an apology from the Tánaiste for giving a copy of a contract negotiated between the Government and the Irish Medical Organisation to rival GP group, the National Association of General Practitioners Dreadful how Irish media frame the Varadkar Dáil questions yesterday as “no punches landed’ and “Varadkar escapes” instead of doing their jobs & analysing facts.
Did he break the law and act appropriately?
But no, in Ireland, its about theatre. Shame on Irish journalism. #pknt

Last night: Meanwhile, In The Dáil Tánaiste Leo Varadkar addresses the Dáil about why he gave a contract negotiated between the Government and the Irish Medical Organisation to former National Association of General Practitioners’ president Dr Maitiú O Tuathail in April 2019.

He opened with the following:

“I welcome this opportunity to give an account to the Dáil of my actions in April 2019 in relation to the contract negotiated between the Government and GPs, as represented by the Irish Medical Organisation or IMO.

Mr Varadkar will answer questions from deputies after his address.

Taoiseach Micheal Martin calls Tanaiste Leo Varadkar the Taoiseach ahead of a statement from Mr Varadkaer at 4.50pm on the leak brouhaha.

Weasel words from Taoiseach – no answers or explanation for the clean bill of Health he has given the Tanaiste. Has now agreed that all docments, correspondence will be published as Sinn Féin has requested

Earlier: In The Soup